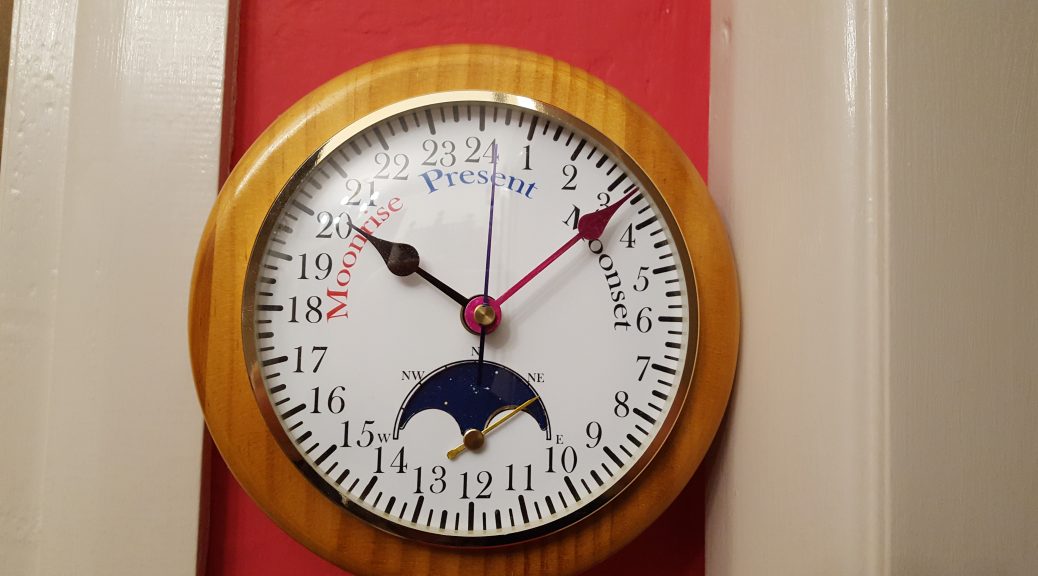 I’ve been tidying up the moon clock operating software, removing redundant bits and clarifying the comments.  In the process, I’ve found some minor bugs, but who knows if I’ve introduced some new ones?  So I have decided to let it run for a while longer before releasing it.

Overall it seems to be running as intended.  The new moon is in two days time.  The clock is showing very little of the moon is visible: I wonder if it will last out two more days?  It will be a crucial test of the maths when the set time passes midnight. This will not be for another 11 days.  If this works correctly, we should be good to release the software fully.

I have previously said the clock motor was still dropping the occasional ‘tick’.  I decided to lengthen the ‘off’ time of the pulse from 17 to 20 ms. It looks as thought this might be enough to allow the rotor to settle properly.   I’ll need a 2-hour shift to give it a really good test of 3600 or more pulses, but over the last few days, the set time has only changed by a few minutes, so I’ll need to wait a bit longer.