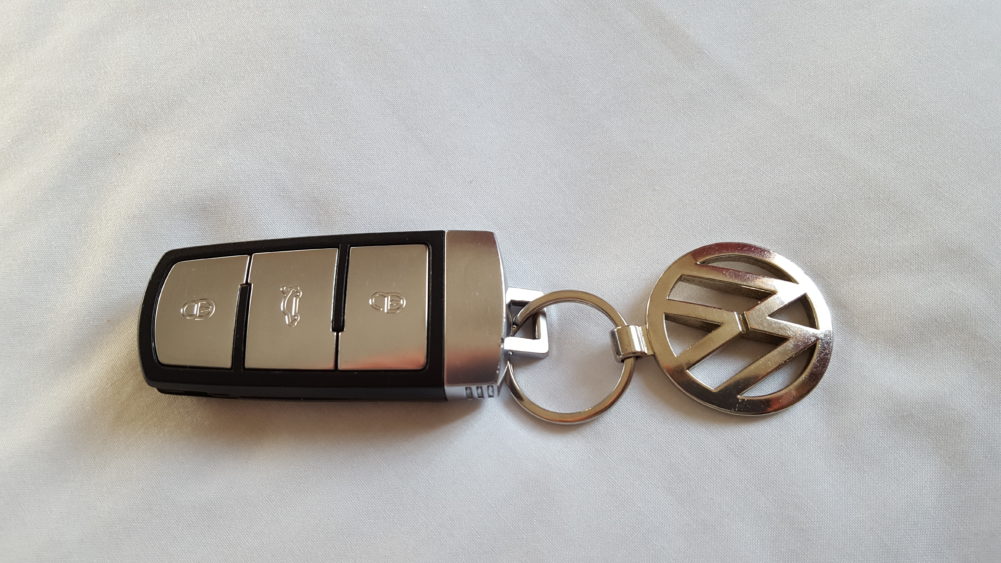 I was in a car park some way from home.  I could not unlock my Passat – nothing happened when I pressed the door unlock although the lock and boot unlock buttons worked fine.  What should I do?  Obviously, try changing the battery.  But it seems impossible to get the key fob apart.  If you know the secret, it is easy and quick to do.

Note: do not be tempted to lever open the bottom end of the fob cover.  It has a tempting groove, but it is not part of the cover release. You might wreck the cover and the fob won’t then go into the dash.

The key should now work.  I had to replace my battery after a couple of years of continuous use.  Theoretically, you can take the external key cover off the driver’s door handle and use the mechanical key, but you need to press a release button in a slot underneath the handle and this seemed to be seized up.

Also, I didn’t have a screwdriver and so I opened the key fob with a teaspoon whilst having a coffee in Costa.